After an eventful first 5 days of our adventure in Ireland, we continued the fun in Scotland.  My sister and brother-in-law headed back to the states while my mother extended her vacation with us in the UK.

As soon as we landed in Edinburgh, we dropped off our luggage and headed into town to jump on the hop-on/hop-off bus; favorite way to see a hilly city! Magnificent Mediaeval and Renaissance buildings surrounded us, taking us back in time.

The main focal point, the Edinburgh Castle, stands tall at the top of Castle Rock dominating the city’s skyline.  It is claimed to be the most besieged place in Great Britain and one of the most attacked in the world.

The slope beneath the castle running through Old Town is Royal Mile, which connects to Holyrood Palace.  This area is comprised of 5 main roads and is a popular tourist attraction with all the shops, restaurants, pubs and lively Scottish atmosphere.

Our stomachs were grumbling and ready for lunch so we ventured into Fiddler’s Arm right off the Square of Royal Mile. Here we tried Haggis for the first time, a Scottish dish traditionally served with neeps (mix between cabbage and turnip) and tatties (potatoes) along with a whiskey sauce.

Haggis itself is made of sheep’s pluck (heart, liver and lungs).  We tried a fried appetizer version of Haggis first and it was amazing! Probably because it was fried… JC ordered the traditional plate for his lunch and it most certainly didn’t compare to the deep-fried goodness! I’m surprised I even tried it…knowing its contents…

Back down on Royal Mile heading the opposite direction of the castle, we visited Holyrood Palace, the official residence of the British monarch.  You can tour the grounds and apartments throughout the year except when the Royal Family is in residence.

Just off Royal Mile is Sandy Bells, a friendly traditional folk music bar.  JC sipped on some whiskey while mom and I enjoyed some crisp, refreshing beers! An 8-piece band sat around a table in the back of the pub and geared up about an hour after we arrived livening up the small, old-fashioned bar!  The instruments consisted of the banjo, violin, piano, guitar and an accordion producing loud, energetic and fun music!

In hopes to see some color despite the gloomy weather during our entire time in Scotland, we made a trip out to the Royal Botanic Garden. Many bright multi-colored flowers were still in bloom and volunteer gardeners busied themselves tending to the plants preparing for the winter months.

Continuing the Royal visits, we bussed over to Queen Elizabeth II’s former yacht, the Royal Yacht of Britannia docked on the River Mersey.  It was in service from 1954 until 1997 and has traveled around the globe more than a million nautical miles.

The ship is now a museum showing the state rooms, lounge areas and dining quarters as they were when the ship was in service.  Pictures of the Royal family enjoying their time on board are scattered throughout the yacht.

Mom, or shall I say “Mum”, and I dedicated a full day to exploring more of what Scotland has to offer, the Highlands! JC unfortunately couldn’t make the 12 hour bus ride since it was a work day.

Our little adventure took us all the way up north visiting Inverness, Loch Ness and Glen Coe.  While in Loch Ness we took a boat cruise on the lake hoping to spot Nessie, the Loch Ness Monster, but no such luck!

We did, however, get a spectacular view of the Urquhart Castle, which played a role in the Wars of Scottish Independence.

Our tour mainly consisted of scenery views from the bus, as there was a lot of land to cover in 12 hours! We enjoyed the scenery of rolling hills, rocky mountains and farm land.  Multiple stops were made along the way in small villages as well.

Our guide had the thickest Scottish accent we had ever heard! It took about 20 minutes to get accustomed to some of the words.  Most of the time Mom and I kept looking at each other completely clueless repeating ourselves “what did he just say?”, “I have noooo idea”.

As we were getting off the bus, my mother stopped to ask the couple who was sitting in front of us a quick question.  We all got to talking (somehow didn’t manage to do that in the 12 hours we just shared together…I think we were all tired) and discovered that the girl, Briana, went to the same school as I did up until high school! She was 4 years younger than me, which is why we didn’t recognize each other.  To make things even crazier, she was best friends with my childhood neighbor whose older sister I was good friends with! Talk about 6 degrees of separation on the other side of the world!

Mom invited Briana and her fiancé, Scott, to join us for dinner with JC.  We had a great time exchanging travel stories, their upcoming destination wedding in Italy and just learning more about each other.  They are a young and friendly couple who we wish all the best!

Scotland was chilly, wet and a little dreary but it was still magnificent! So happy my mother was there to share this part of our adventure with us!

KEEP UP WITH OUR QUEST! 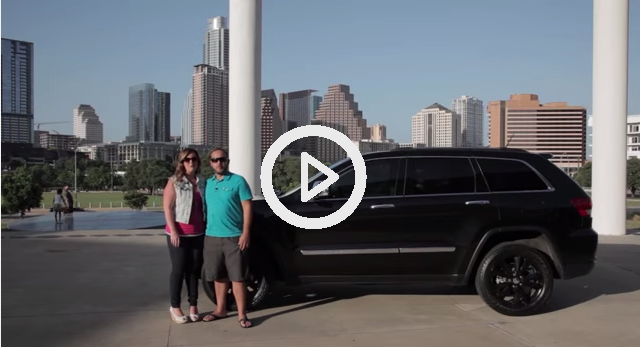 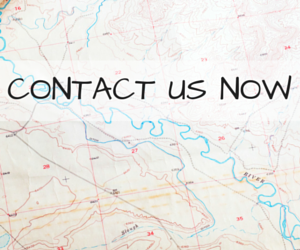 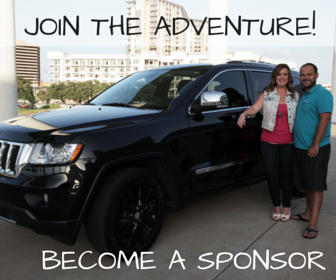